See first-hand the features that empower businesses like Solo Stove to grow with BigCommerce. 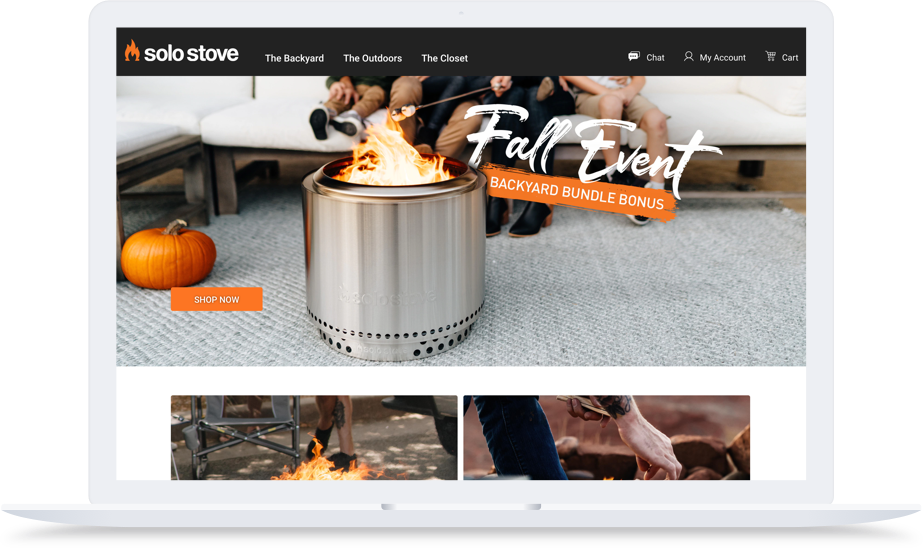 See first-hand the features that empower businesses like Solo Stove to grow with BigCommerce.

From small beginnings to an exploding business

Solo Stove was founded on the principles of lifestyle and togetherness. Founders Jeff and Spencer Jan were born just a couple of years apart. Growing up, the brothers spent plenty of time outdoors making memories in nature. They always dreamt of doing something in business together — and felt that whatever that something was, it should bring people together.

Years later, Jeff and Spencer both found themselves married with young children and living across the world from each other. Spencer was living in Shanghai after attending college in the US, and Jeff was living in Texas. While residing on opposite sides of the world, the idea of starting a business venture together became even more pressing. They wanted to live closer together, have their kids grow up together, and finally make their lifelong plans a reality.

In 2010, Solo Stove was born out of an idea for a simple outdoor cooking stove. At that point, Jeff and Spencer grew interested in the idea of selling online. They became very passionate about how ecommerce works, how to reach people online, and how to create a business that is always accessible to customers.

Jeff and Spencer’s online presence began with form-based, one-page websites. There was no official checkout at the time. In the beginning of their ecommerce experience, they would collect the contact information of interested customers and handle transactions through calls and emails.

At first, the brothers intended for the original camping stove to be Solo Stove’s sole online product, but it quickly evolved from a single camping stove to accessories for camping stoves, to larger camping stoves. Eventually, they also added backyard fire pits. The customer demand for more products and variety was off the charts.

Solo Stove was quickly becoming popular among the outdoor adventuring community. Its rapid growth fueled the need for a more robust platform to showcase all up-and-coming products and an online store that would scale with the company. Solo Stove considered several ecommerce platforms and ultimately decided that BigCommerce would help pave the way to continued success for the company.

Selling and scaling with ease

To me, the most impactful part of BigCommerce is how easy it is to make adjustments and changes. We are constantly running new promotions, launching new products, and switching imagery on the website. I had very limited knowledge of web design, but I built every product page as well as our category page for our recent new product launch on our BigCommerce store. It's very user friendly and it doesn't take a really tech-savvy person to navigate. For us, the simplicity of the overall platform is game changing.

A long time ago, while first searching for an ecommerce platform, we compared BigCommerce to other popular platforms. We felt that BigCommerce was easier to use while still having more out-of-the-box unique features. It felt pretty robust from the get-go, and we were confident that we’d easily be able to sell on it. BigCommerce also has a more reasonable pricing model, which was great for us when Solo Stove was just starting out in the ecommerce space. Thanks to BigCommerce, we scaled our business from our very first order to now a recognized brand, and the platform is able to grow with us as we need it to.

“Thanks to BigCommerce, we scaled our business from our very first order to now a recognized brand, and the platform is able to grow with us as we need to.”

When we started using BigCommerce, we launched with a store template and then customised it to fit our needs and preferences. We use abandoned cart flows and abandoned cart notifications. We also use tools like Unbounce and OptinMonster to help us with customer retention tools like exit intent pop-ups.

We’ve also appreciated how BigCommerce did a great job directing us to the partners we've needed and wanted to partner with. They helped us integrate really seamless plugins from the BigCommerce marketplace. We can download and plug in a third-party app to get added functionality without the overall look and feel changing, and without the overall site needing to be overhauled. That's been a big deal for us because we have about 30 add-ons through the marketplace on our site live at any given time.

One of our integrations is Zonos, which really helps our international selling. With it, we can do currency conversion and translation on the site in real time for our customers based on their IP address. If a customer comes in from Japan or Germany or wherever it may be, the prices will switch into their local currency and handle the exchange. It takes the checkout outside of BigCommerce and back again, but we’ve added a pixel to it so we can see cart abandonments through Zonos the same way we see them through BigCommerce. In our minds, it’s the best of both worlds.

Going above and beyond with BigCommerce

BigCommerce has helped us grow our businesses year over year for nine years straight.

I'm watching our conversion rate just explode right now. We are currently up to 7.5% today, and year to date, we are averaging 3.05% on our site. Looking at year over year, our traffic has grown 60%.

Compared to last year at this time, we've almost doubled our orders. As of the end of July, we’ve surpassed 2018’s annual revenue.

It’s been great to watch our business grow and expand with BigCommerce, and we’re only going upwards from here.

"I'm watching our conversion rate just explode right now. We are currently up to 7.5% today, and year to date, we are averaging 3.05% on our site. Looking at year over year, our traffic has grown 60%.”

How did we learn about Amazon Pay? That’s easy. Simply by being alive. Who isn’t familiar with Amazon Pay? We’ve been using Amazon Pay for years and they are really helping us up our customer experience game. This is really important to us at Solo Stove.

We find Amazon Pay to be convenient because customers don’t have to enter their credit card numbers every time they make a purchase. When they log into their Amazon Pay accounts, they are already linked up. There's just a lot of convenience for the customer with that.

Through early August of 2020, Amazon Pay sales continue to grow over 2019. And, with all things being equal, we're seeing many customers prefer to check out with Amazon Pay for the reasons I mentioned earlier -- convenience and peace of mind. And I believe that a faster checkout experience and Alexa notifications to keep customers informed about their purchases from shipping to delivery are factors as well. It’s not lost on me that these things help enhance our customer experience and brand reputation.

As we expand internationally, I see Amazon Pay making it easier for Solo Stove to do business all around the globe.

We were continuously hearing about how Klaviyo was an important platform for growing ecommerce brands. A lot of the existing traditional email platforms have been around since the early 2000s or late 90s when email was first gaining popularity. We were looking for something more sophisticated and user friendly.

Klaviyo allows us to do a better job at targeting and ultimately growing our reach. Our company is growing quickly, and email is definitely a component to that. Currently, 20% of our revenue comes from marketing campaigns involving email.

"We’ve also appreciated how BigCommerce did a great job directing us to the partners we've needed and wanted to partner with.”

Connecting to What Matters Most

Our product encourages people to go make memories with their loved ones. You typically don't see people sitting around a fire by themselves — they normally are with friends and family. There's something really cool about that.

At Solo Stove, we were able to very organically build a really loyal following of people who credited us by talking about how interesting our product was. We really believe that they fall in love with our brand because every time they use our product, they make amazing memories. They give us the credit, but all we do is make sure our product works. It’s been an evolution for us, and we feel a strong loyalty to our customers.

People are inherently busy and we’re constantly being pulled in several directions. Solo Stove is focused on helping people reconnect to what matters most, and BigCommerce has helped us take that to the next level. 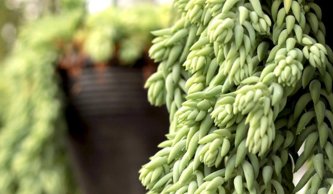 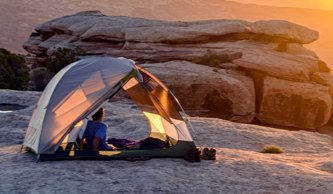 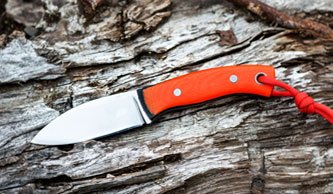